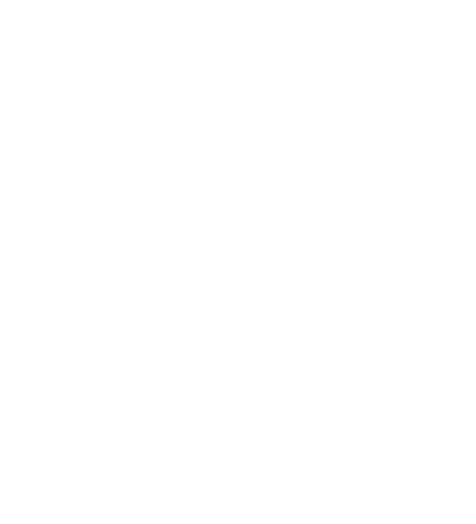 A LARGE ESTATE NESTLED IN THE SICILIAN COUNTRYSIDE

Casa Farlisa today is an elegant villa, the result of the loving restoration of an old Iblean farmhouse from the late 19th century.

Our story begins here, back in 2010. During a short vacation, my mother reached this corner of Sicily and fell in love with the warm welcoming atmosphere that beautiful Scicli gave her. So in a mad moment of passion, he decided to acquire a dilapidated farmhouse 5 kilometers from the beach of Sampieri.
The sea and the countryside, have always been, for her, the place of quiet, the coveted “Buen Retiro.” Casa Farlisa was the realization of that dream.
Embracing my mother’s dream and my love for Sicily, I moved, in 2017, from the city of Milan to Scicli with the goal of renovating the entire property, thanks to my experience as an architect and green designer. In that same year I founded Casa Farlisa, reinterpreting Sicilian tradition in a contemporary style, with great attention to detail and essentiality.
Since then, I have been welcoming people and friends from all over the world, seeking peace, relaxation and good food.
Together we do everything we can, to offer you an authentic and unforgettable experience of Sicily. 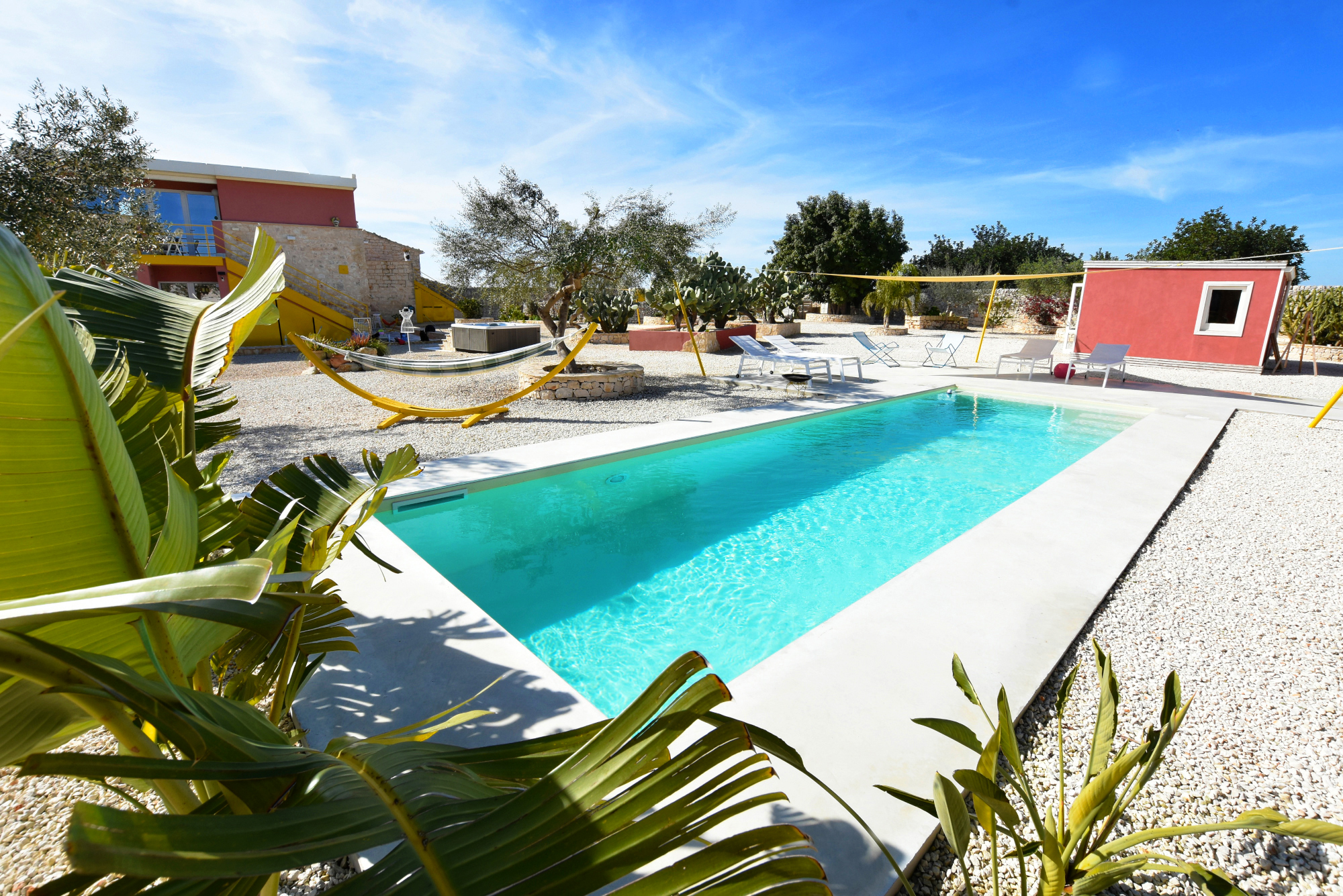 These are just some of the many services available to our guests.

Get comfortable and relax. At Casa Farlisa, you will find everything you need for a beautiful and indelible experience in Sicily, in the heart of the Mediterranean.

HAVE A SEAT, EXPLORE THE MANSION 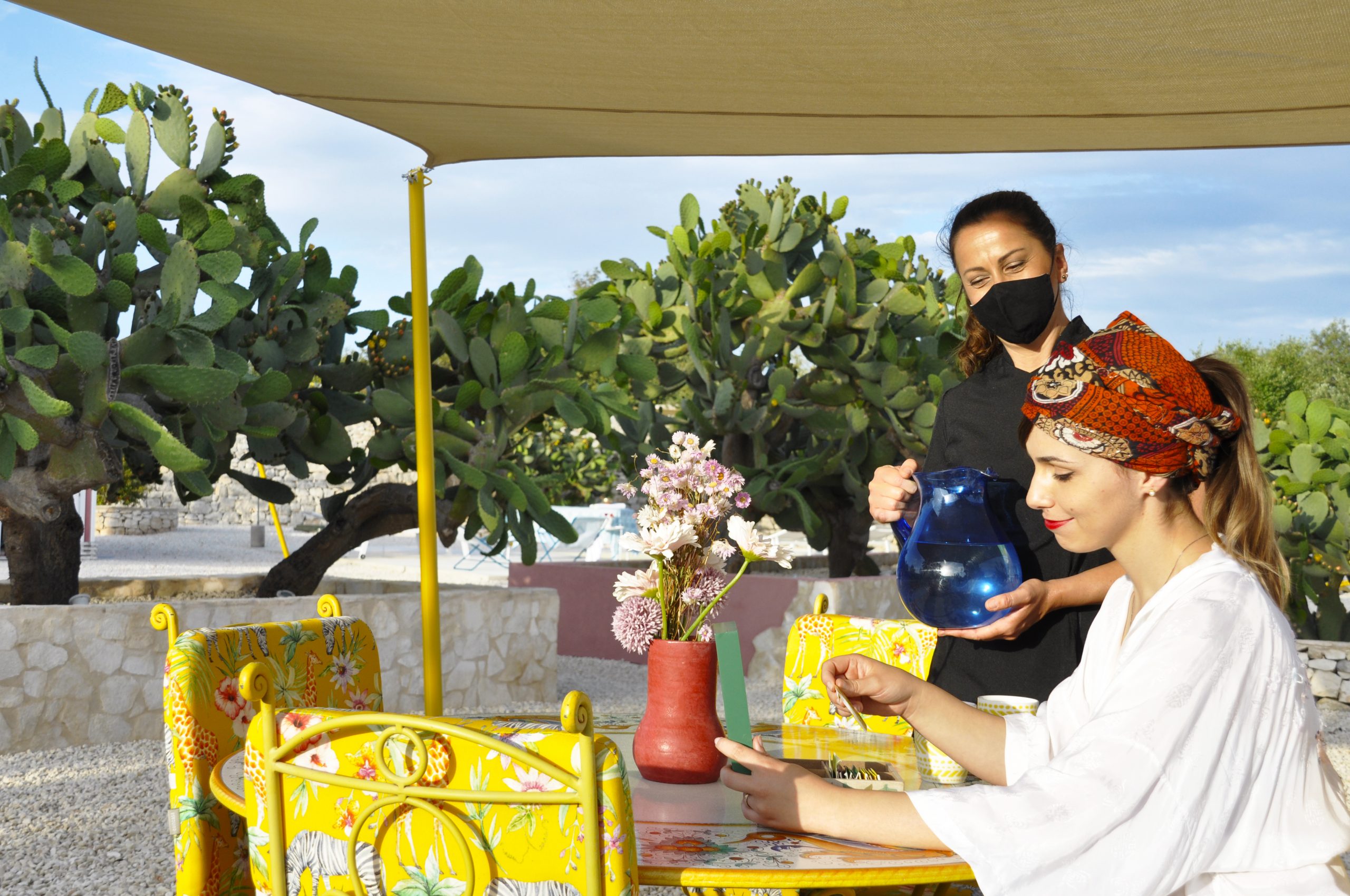 A vacation can also be a time of profound well-being and regeneration for the body and soul, as well as a time to discover a unique territory, such as that of the Val di Noto.

For this at the facility, you can book massages, Reiki sessions and beauty services, but remember to request them well in advance!

LEARN MORE
WHO WE ARE
WELCOME, HELPFULNESS AND DISCRETION 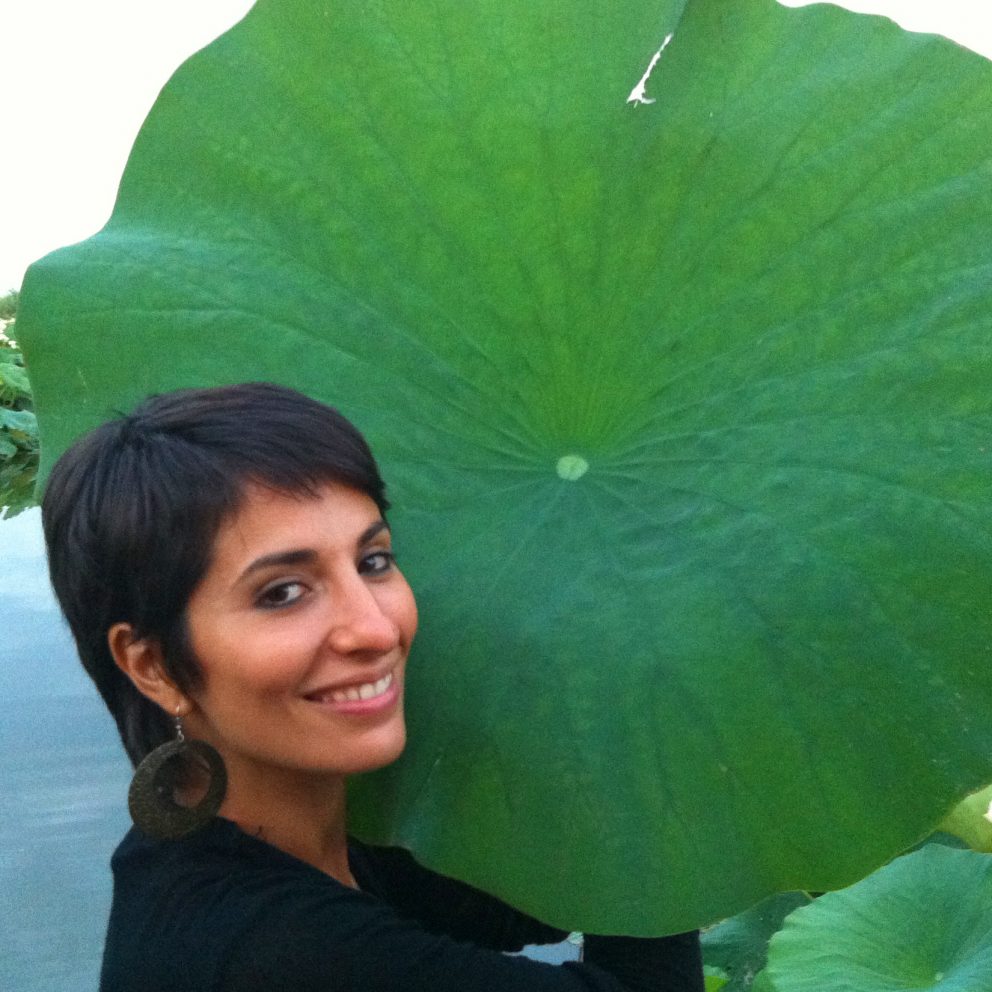 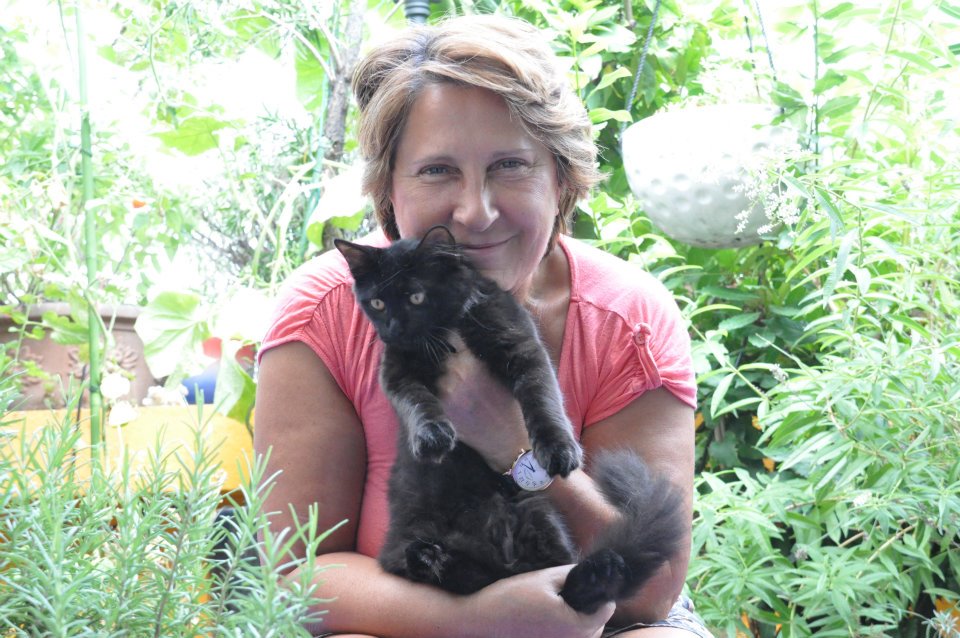 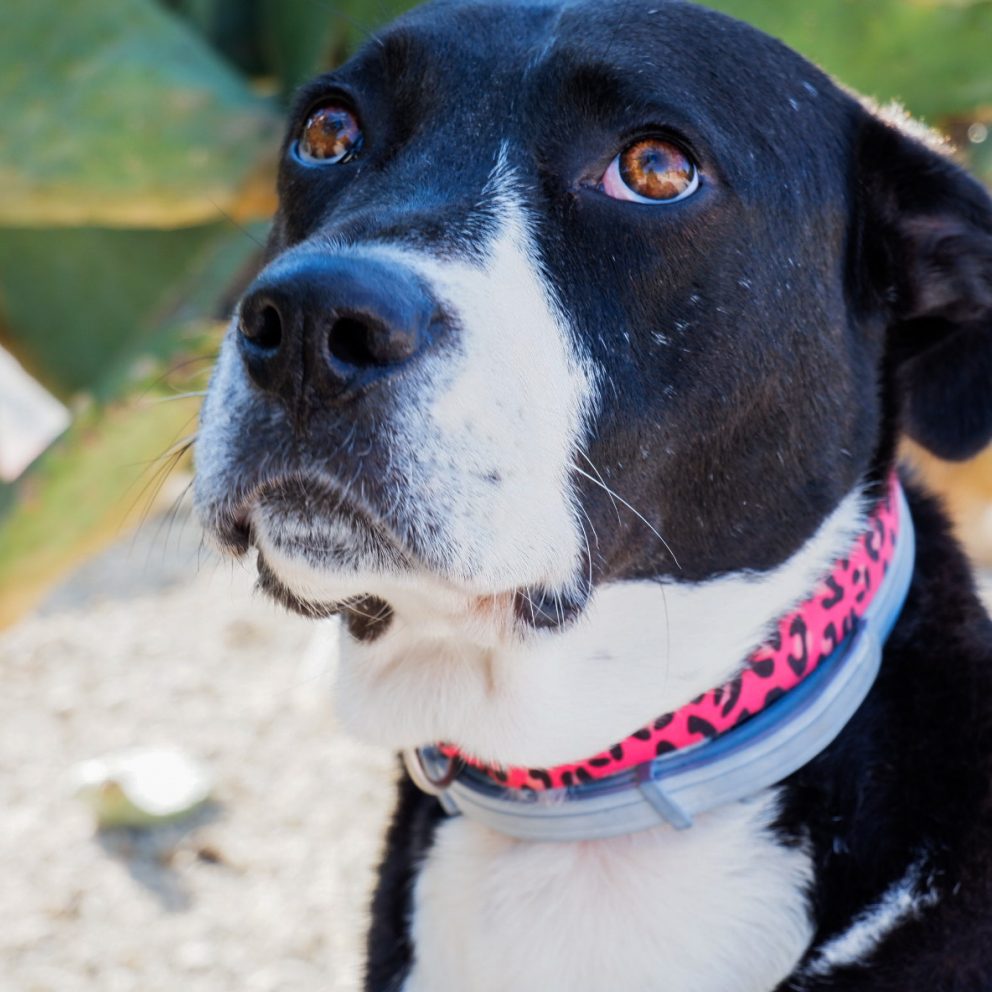 Our beloved dogsBROTHERS DAFNE AND ARGO

THE CUDDLES AND GAMES TEAM 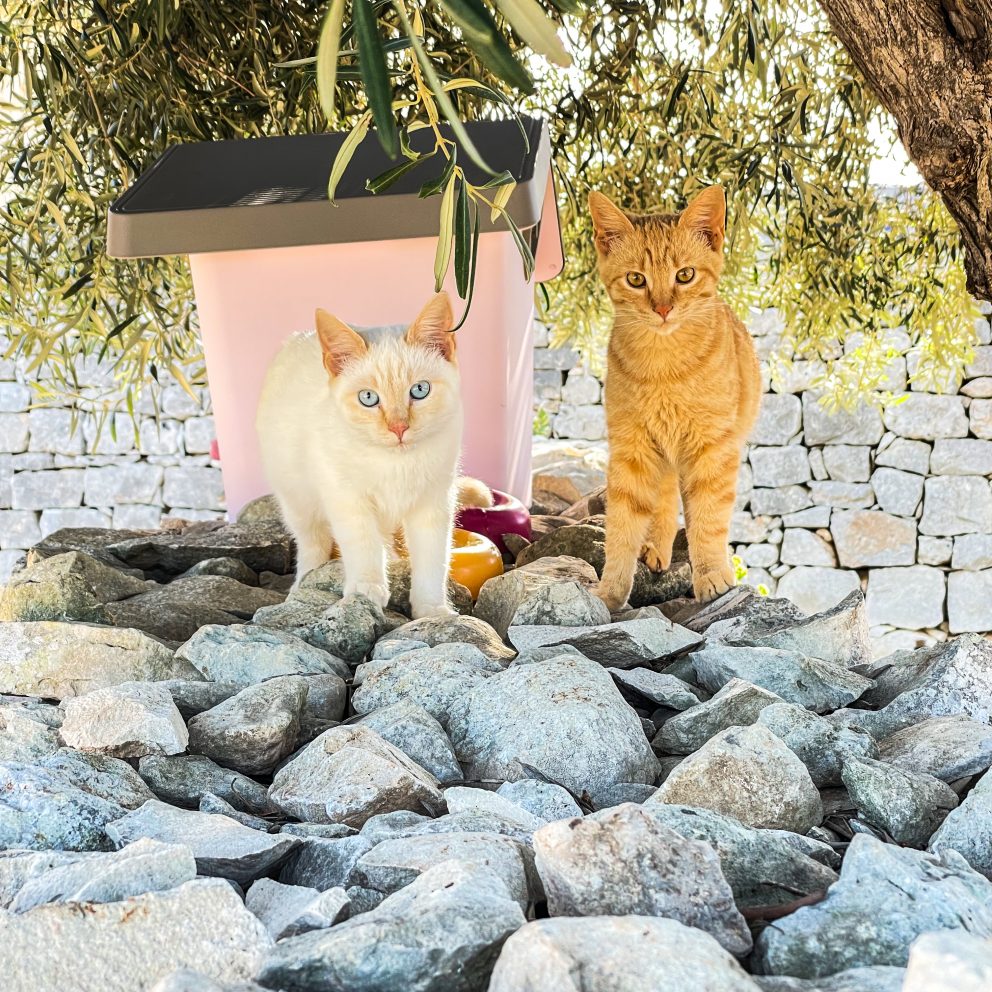 Our beautiful catsA COMMUNUTY OF 8 CATS

Born in Milan into a family of sailors and diehard travelers. After spending his childhood and adolescence wandering around the Mediterranean Sea reaching as far as the Caribbean Sea. He continued his explorations, this time by land, in Europe eventually pushing on to Asia, Africa, Australia, South America and the States.

In 2006 he spent a study period abroad at the Universidade Tecnica de Lisboa. In 2008, he graduated with honors in Interior Design from the Polytechnic University of Milan. After an initial work experience at Studio Calvi e Brambilla in Milan, he moved to the heart of Rome. He continued his training at the international firm of architect Massimiliano Fuksas.

Three years after her graduation in 2011, she attended the Scuola Orafa Ambrosiana, training in jewelry design. Since 2014, he began collaborating with Prof. Alba Cappellieri, for Poli.design and the Faculty of Fashion at the Milan Polytechnic. Participated in some exhibitions at VicenzaOro Winter, Milan Design Week 2014, 2015 and the opening of the Museum of Jewel in Vicenza.

She moved to Scicli in early 2017, where her mother years earlier had acquired a dilapidated farmhouse, to devote herself to its recovery and restoration.

In the same year he founded Casa Farlisa.

It has been welcoming people from all over the world ever since, seeking peace, relaxation in nature. To provide an authentic and unforgettable experience of Sicily with all the amenities.

She was born in Foligno, grew up in Salerno and then moved to Milan at age 12 with her parents, two professors originally from Barletta. He graduated in 1973 with a degree in biological sciences from the University of Milan.

From the beginning of his career in 1968 until 1975 he deals with medical analyzes, in some analysis laboratories and the San Giuseppe hospital in Milan.

He then obtained his teaching certificate from secondary schools, where he served until 1997. In that year he began to devote himself to work as a consultant and auditor for ISO standards.

He acquired an olive grove with his family in 1991 in the area above Salò on Lake Garda. Here he discovers that he has a strong passion for gardening and the countryside. He planted an orchard, a large vegetable garden and began extra virgin olive oil production.

For more than 40 years, she has been a sailor and racer. He sailed the length and breadth of the Mediterranean Sea and the Caribbean Sea with his family. She has traveled to all continents, with a great spirit of adaptation and curiosity especially for the natural world.

Throughout her life, he has cultivated numerous passions including painting, botany and writing, which she inherited from his mother. She has also often been attracted to less conventional studies, including magnetotherapy and Feng Shui, Achieving two masters degrees recognized by Honkong masters.

In 1990 he participated in some group exhibitions and inaugurated his personal exhibition in Brera. Later in the years he published two novels and some poems, receiving some awards.

In 2010 during a short stay, she fell in love with Scicli, where she bought a dilapidated farmhouse to fulfill her dream, to live immersed in the quiet of nature, near the sea.

THEY LIVE IN A SEPARATE AREA

Our Argos and Daphne are an essential part of our team. They live in a separate area and are cuddly and homely. We invite you to stay away from their territory without the presence of their owners.

THEY WANDER IN THE GARDEN

Our kittens, are very domestic, they live in a separate area, but they might wander around the garden, looking for cuddles. They are good and all vaccinated.

STAY UP TO DATE ON EVENTS AND NEWS, VISIT OUR INSTAGRAM PROFILE

Your holidays in an ancient farmhouse in the countryside of Scicli, 5 Km from the sea, with private pool, garden, jacuzzi, gym, terrace, bbq, solarium

THE BLOG OF CASA FARLISA

AN ESSENTIAL GUIDE TO OUR AREA FROM VALENTINA OF CASA FARLISA, TO ENSURE YOU HAVE THE BEST POSSIBLE STAY. 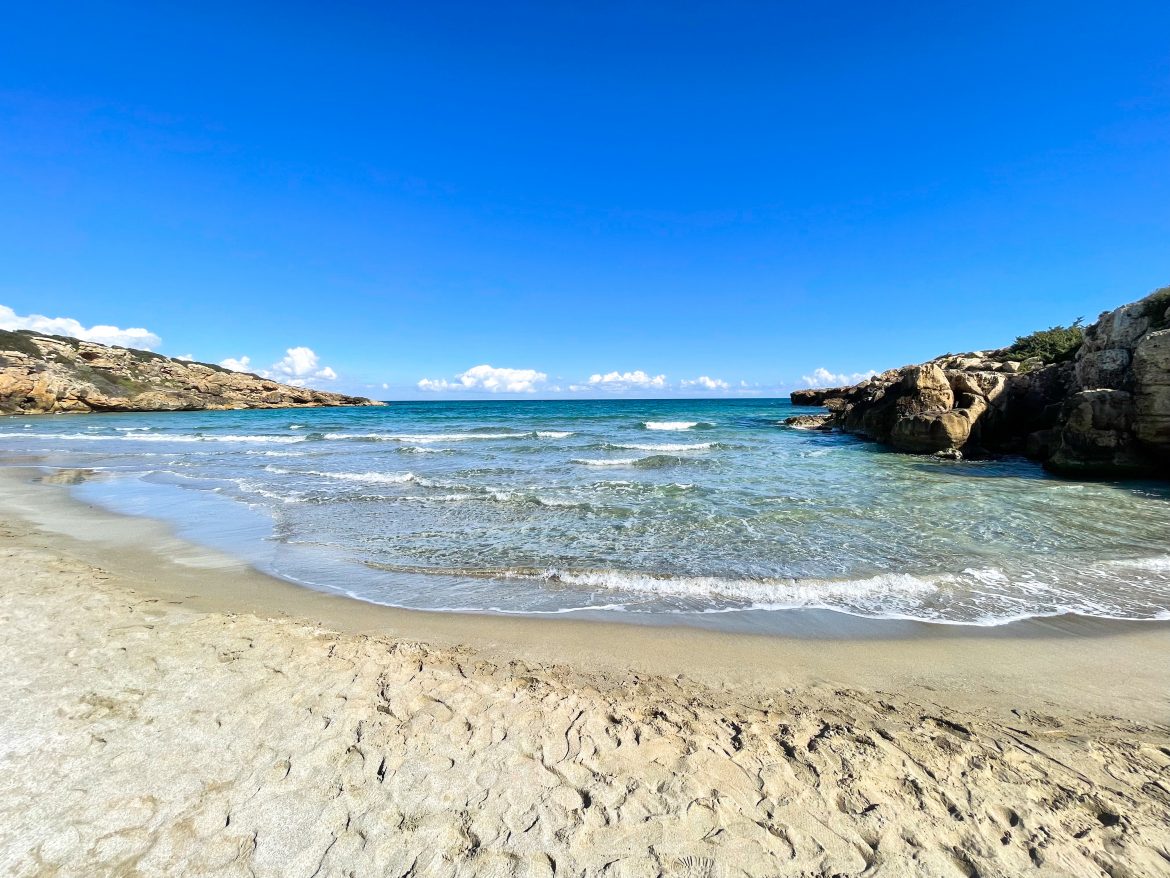 The most beautiful beaches in South Eastern Sicily

Let’s face it right away Sicily is in Italy, an incredible combination of sea, climate, architecture and great food! A sun-kissed island, where summer begins in May and ends in late October. We who are in Scicli, in the beautiful Val di Noto, a UNESCO heritageUnesco, we are further south than Tunis. So to all […] 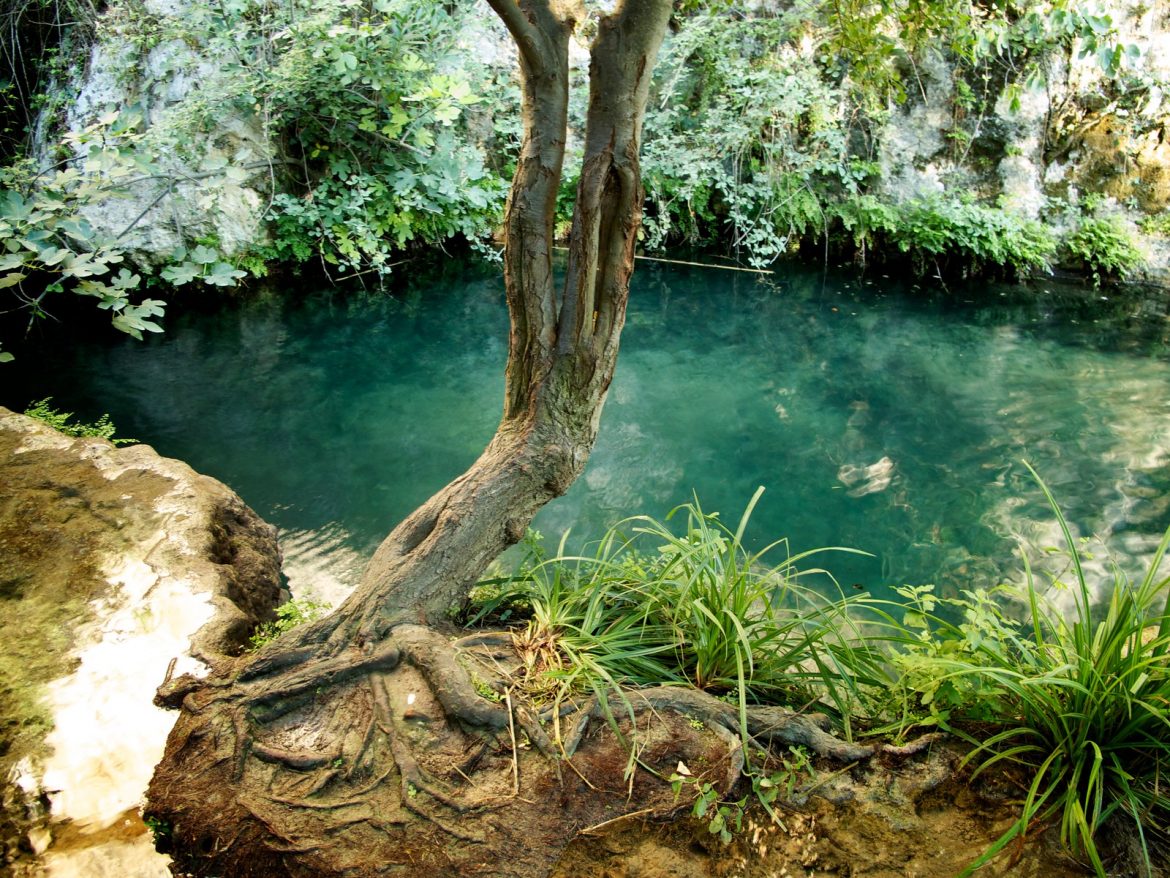 An alternative day, a field trip to Paradise Quarry.

A wonder of nature to be rediscovered, enhanced and respected Along the provincial road that leads from Modica to Rosolini, nestled in the typical Modican countryside but hidden in a valley, extends Prainito Quarry , also known as Cava Paradiso. An enchanting place with wild and unspoiled nature, with special features unique to the area. […]